Wine Tasting Can Be Challenging 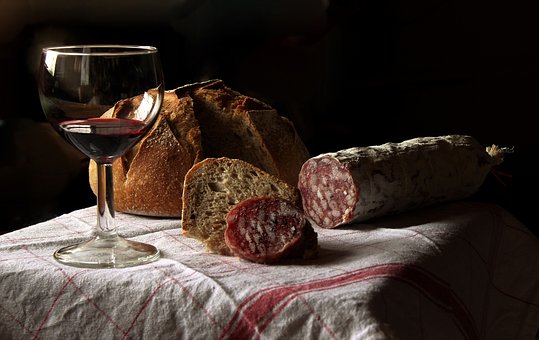 The art of tasting the wine is naturally as old as the art of wine-making itself. Nowadays the activity of wine taster has turned in an appreciated career for some. If the ancient people used to taste wine before they consumed it now we have experts that taste the wine for us and tell us which wine is better than the other.

One of the challenges of this “job” is to be able to translate the taste of wine into language. Greeks used different words to describe wine but today with so many more wines to elaborate upon describing the taste of a wine is a real challenge. Sometimes, fruit, flowers and vegetables are used as a reference. Some experts use the smell of food to describe the wines. As Victoria Moore advises in one of the Guardian’s articles, the ‘terrifyingly organised Angela Mount applies the same exactitude to the discussion of food smells in wine’. She describes the taste of Zonte’s Footstep Shiraz Viognier 2004 as ‘figs’ and baked apricot, cooked in the oven with a few dabs of butter.”

Another challenging part of the wine taster job is the ability to spit or gob. Victoria Moore helps us again with information about this difficult ability to gain. In wine circles the ability to spit like an Icelandic geyser is a critical social skill. As a wine taster you can even be labeled by this ability and the inability to perform this important part of the job is deployed as the most final and cutting of insults, and at tastings there is a very clear spitocracy. “The most experienced and revered palates scour the tables at great speed, swirl, gargle, then, with something of the swagger with which a cowboy might draw his pistol, their glance flicks in the direction of the spittoon and, at long range, a jet of liquid arcs suddenly into it” explains Victoria Moore.